Giardia: How to Prevent and Treat In Puppies

Giardia: How to Prevent and Treat In Pets

Giardia is often thought to be bacteria, a virus, or worm, instead, represents it a one-celled parasite. The intestinal infection, giardiasis, resulting from the parasite, is attributed to seven genotypes. These genotypes are classified from A though G. Genotypes C and D usually infect dogs while genotype F frequently infects cats.

A human diagnosed with giardiasis is commonly infected with genotype A or B. Cases involving genotypes E and F are rare. Because a human or cat is infected by different giardia genotypes, a human or cat will rarely become infected if a dog in the household has the diarrheal disease.

However, that does not mean it cannot happen. You still have to be careful, as the human A genotype is also known, occasionally, to infect dogs and cats. Although rare, the human genotype B may affect dogs as well.

Giardiasis occurs throughout the world and is often referred to as traveller’s diarrhoea in humans.  Other protozoan parasites that can cause intestinal distress include toxoplasma, cryptosporidia, and coccidia. While it may cause diarrhoea in people, dogs may not display the symptom at all.

According to the Mayo Clinic, it is one of the most common forms of water-borne diseases in the U.S. While it can be contracted in the streams in the backcountry, giardiasis can also spread when swimming in public pools or through person-to-person contact.

A giardia comes in two forms – a trophozoite, a feeding form that survives in the intestinal tract of animals, and a cystic form, which sheds in feces. The cystic form can survive in damp environments and water.

How Does a Dog Become Infected with Giardiasis?

Dogs become infected with the giardia parasite when they swallow the cyst type form. Once a giardia cyst enters a dog’s intestines, it becomes the feeding form, or a trophozoite. If more than one trophozite is present, the intestinal wall can become damaged.

Getting Rid of the Cysts

A trophozoite reproduces through division, with some of the protozoa transforming into cystic parasites. A dog will eventually pass infectious cysts during elimination. This takes anywhere from five to 12 days from the time of ingestion to elimination.

Therefore, a dog may become infected with giardiasis by drinking contaminated water or sniffing the ground where cysts are present. Usually, if your companion dog is healthy and gets infected, any finding of cysts in the stool will be considered only transient, and therefore insignificant.

However, if giardiasis is diagnosed during puppy potty training, or in an elderly companion dog, the condition can be serious and has to be addressed.

The potential for developing giardiasis increases in environments where there is a large amount of fecal contamination. These environments may include pet stores, animal shelters, and kennels. Therefore, if you adopt a puppy from a shelter or pet store, make sure your newly adopted dog comes with a clean bill of health.

Symptoms of Giardiasis in Dogs

If your companion dog has giardiasis, it may lose weight, have intermittent but chronic diarrhoea, or display a soft greenish stool with mucus or blood. If the condition is not immediately treated, your dog may lose a good deal of weight. It is not life-threatening unless your companion dog has a compromised immune system, or your pet is a pup.

While a dog with giardiasis may not have a fever, it may slow down, as a result of the disease. If your vet suspects your dog has giardiasis, he usually will take a stool sample for analysis. In some cases, he may refer to your dog’s medical history and any clinical signs that suggest your dog has contracted the disease.

Giardia are killed using drugs, such as metronidazole and , either individually, or in combination, if a dog has not responded to treatment. A highly digestible diet may be recommended to assist in reducing the incidence of loose stools. Drugs are given from three to ten days, with supportive medications administered in cases of dehydration. An infected dog typically is checked and retested for giardiasis two to four weeks after treatment.

What Is the Prognosis for Canine Giardiasis?

Most dogs recover from it. However, a geriatric companion dog may be at an increased risk for additional complications, even, in some instances, the possibility of death. If your dog is diagnosed with it, disinfection and good personal hygiene must be followed to prevent the possible spread of the disease to humans in your household.

If anyone in your home has an immunodeficiency, such as cancer or AIDs, or is undergoing cancer treatments, such as chemotherapy, they are particularly vulnerable. They should use extreme care when picking up the dog’s faeces and giving giardia medications.

To disinfect your home, use a 1:16 dilution of chlorine bleach, or 2 cups in a gallon of water. Make sure that any affected surfaces can be treated with bleach. You can also use Lysol® to kill giardia cysts. The cysts dry out easily, so keeping your home’s environment dry as possible helps. For the best results, thoroughly clean and disinfect the living and sleeping areas of your companion dog. Reintroduce your pet to the areas when the spaces are completely dry, or after several days.

To make sure your pet does not get re-infected, regularly disinfect its living and sleeping spaces, and be careful about where your dog sniffs the ground. As noted, its cysts are found in faecal matter. Therefore, walk your dog in areas that are clear of dog or cat faeces.

A dog can get infected in a kennel. Therefore, if you travel, learn more about the place where you plan to house your pet. To keep your dog healthy and your family safe, it is important to disinfect and clean your dog’s areas, walk your pet in spots that are free of any dog waste, and make sure your pet drinks from trusted water supplies. 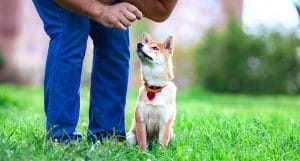 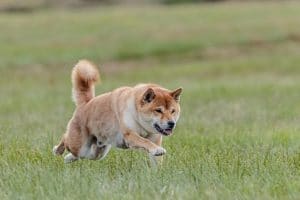 The 6 Best Joint Supplements for Dogs 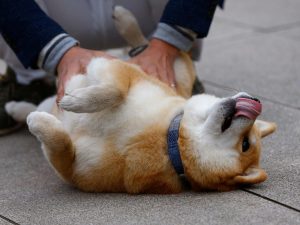 The 5 Best Supplements for Pregnant Dogs 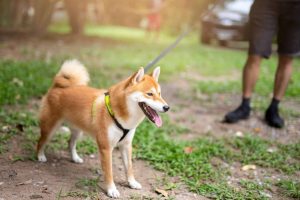 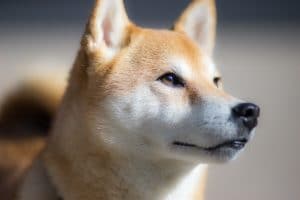 The 4 Best Ways to Care for Senior Shiba Inu